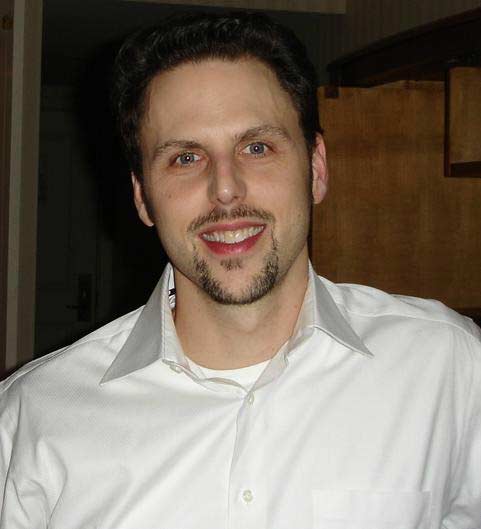 This entry into our Best of Austin series is unique for a couple of reasons. I’ve actually known Tommy Landry for years. For obvious reasons, I’ve been interested in the online marketing space for a while and we crossed paths at one of the numerous meetups and conferences in town on the topic. Normally, the interviews are very cordial 15-20 minute events. When Tommy and I met up to have a drink and talk, we didn’t leave until 2 and half hours later.

Needless to say the conversation below has been edited for brevity and clarity. 🙂

EAA: How’d you end up in Austin?

Tommy: Moved here 24 years ago. In May of 1993, with three of the four members of my band from Baton Rouge (where I lived since 1988 previously). Music stayed important to me for a few more years before I started to focus more on my “dayjob” career.

EAA: So Online Marketing wasn’t even really a thing in 1993. How did you end up doing that?

Tommy: Well I was a long haired hippie when I decided to move out here with my metal/funk band, and there really isn’t much of a scene for off the cuff music down in Baton Rouge. For a couple of reasons, Austin made the most sense out of all the options we considered (San Fran, Athens, etc.).

EAA: A band is still a long way from online marketing. How did we end up here?

Tommy: Its definitely not a straight line. Before I moved here, I tried my hand at vacuum sales (Baton Rouge was seriously bereft of job opps in 1992-93 when I first got out of undergrad). First I picked up some temp work to make ends meet, which turned into a two year stint at a super cool startup. After returning to UT for my MBA, I worked all sorts of “normal” jobs with companies almost everyone in town has heard of. I even had a side career in the fantasy sports industry as a writer, news reporter, and later as entrepreneur/founder.

EAA: I still have no idea how you ended up owning your own online marketing business.

Tommy: Right. Well I knew since high school that I wanted to be in business for myself. And in all these jobs I was picking up bits and pieces of marketing in general and online marketing specifically, with the fantasy sports business I founded accelerating my learning. I had actually planned my exit from corporate America for several years, I and my ex-wife worked to find some financial runway to make the leap. In 2009, Return on Now launched, and I was able to shift to it full time by 2012.

EAA: That was quite an adventure. Knowing what you know now, what would you recommend to the person coming to Austin for the first time?

Tommy: Check it out before you settle in. There’s lots of different pockets. If you like the east side you’re not gonna like living up north. And you should also live near your biggest interests – whether that’s downtown, south Austin, or other. Given our record-setting traffic dilemma, there’s really no reason to drive any more than you have to. And if you don’t like BBQ and tacos, you should probably reconsider the whole idea of Austin in the first place.

EAA: What should people have on their Austin Bucket List?

Tommy: Sway and Elizabeth St Café are great places to eat. I also think everyone should check out the secret swimming holes. That does not include Barton Springs, which is clearly nowhere near “secret.”

If you want to keep up with Tommy, and why wouldn’t you, be sure to check out his agency Return on Now and follow him on Twitter