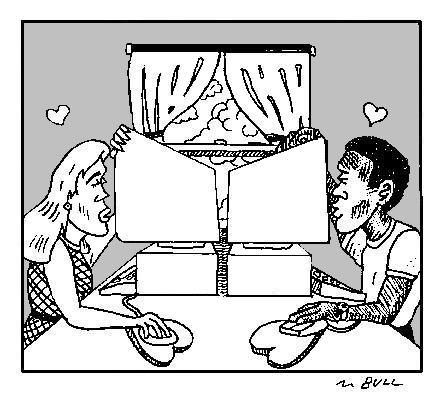 I analyzed the ads and headlines of postings in the w4m and m4w section Austin Craigslist personal section.  I looked at all the postings for 44 straight days

Men posted over 4 times as many ads as women did (522 and 2,252).  A couple of theories on why the large difference are women feel less safe on an internet forum than men might.  Men are expected to pursue women in society. Easier to post an ad looking than ask a woman in real life. Women get hit on all the time so they don’t need to post an ad, but men have run out of women to hit on.

Day of the Week 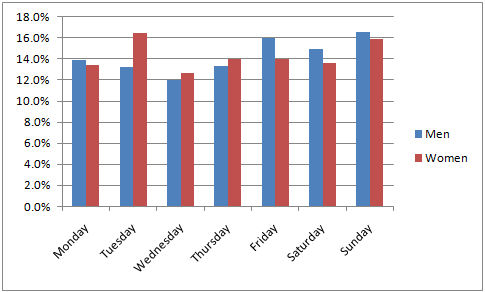 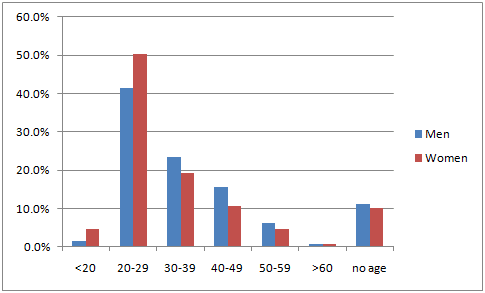 This is where it gets really interesting.  I looked for specific words in the ads.  Then we can compare how frequently each gender uses a given word or set of words.

What does it all mean?  Do that many women really have herpes?  Can unemployed men get a date?  What are men talking about cuddling so much? I’ll leave it to the commenters and other bloggers to dissect.  I’d love to hear what you think.